Cortana voice assistance in Microsoft Teams Rooms lets users have a hands-free experience for joining or ending a meeting, adding someone to a meeting, or calling a number from your conference room. Users can interact with Cortana by either utilizing Push to Talk (Cortana Icon) or Keyword Spotting (Hands Free).

The Cortana Icon button is highlighted in yellow in the image below. 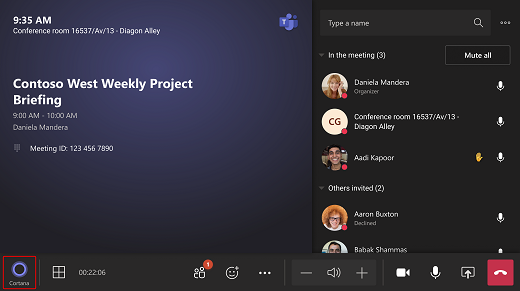 When enabled, keyword spotting allows the user a hands-free experience. Instead of selecting the Cortana button, simply invoke Cortana by saying the keyword “Cortana” or “Hey Cortana.” The keyword will activate the microphone so you can ask Cortana a question or say a command such as, “start my meeting.” When you're done talking, Cortana will go back into active listening mode and will only be invoked again when you say the keyword.

To turn on voice activation, Go to More

in your Microsoft Teams Rooms console and turn the Cortana toggle On. 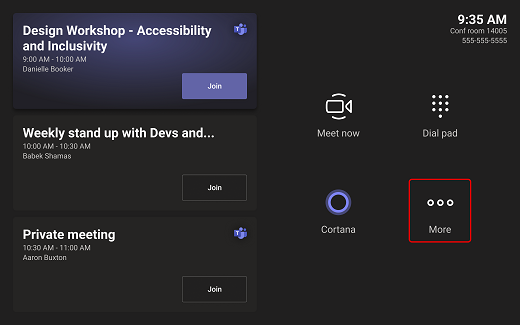 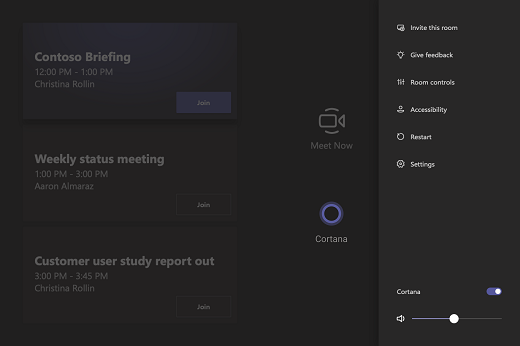 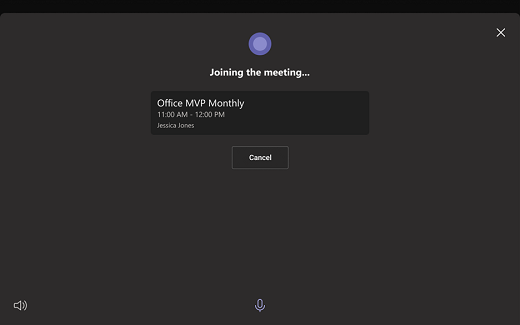 When you’re finished with the meeting, you can say “Cortana, end my meeting.”

Add someone to a Microsoft Teams Rooms meeting 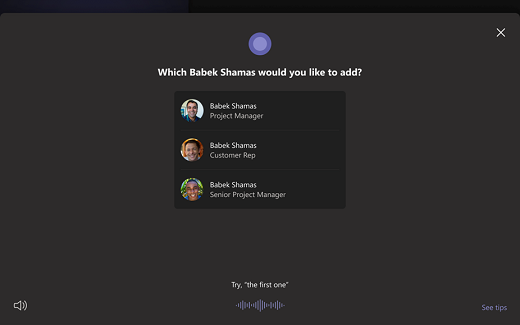 Make a call from a Microsoft Teams Rooms device 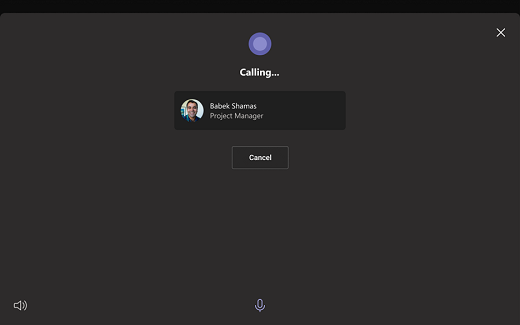 When you’re finished with the call, you can say, “Cortana, end the call.” 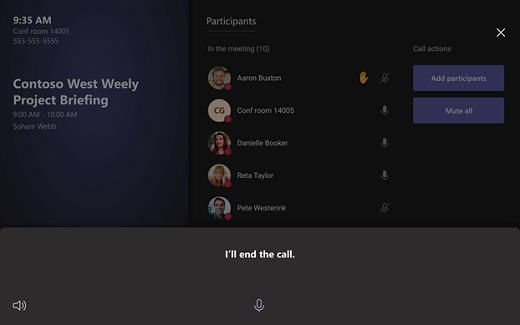