Why can’t I embed a video in PowerPoint?

In other versions of PowerPoint, YouTube videos are the only online videos you can insert.

If you'd like PowerPoint to support videos from other channels, please send us your feedback.

Error: "PowerPoint can't insert a video from this embed code" 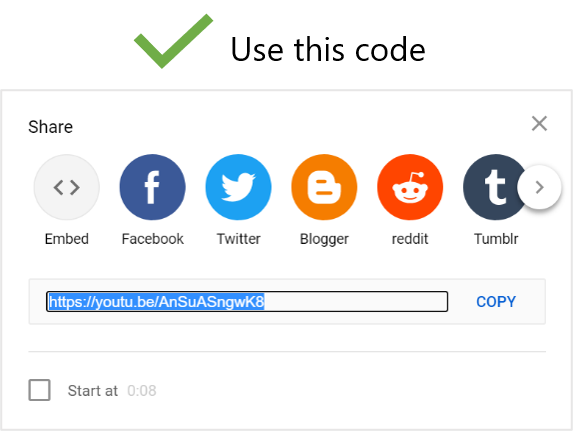 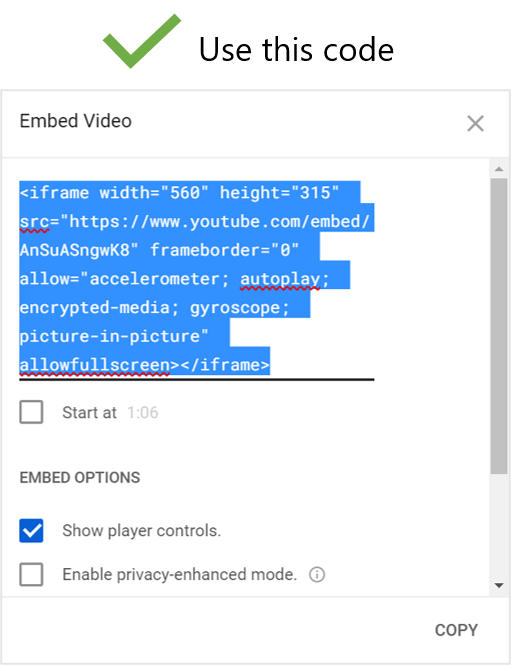 See the following procedure for instructions on copying the embed code from YouTube.

Troubleshooting: Get the right version of Internet Explorer

PowerPoint requires the video-playing technology in Internet Explorer to play an online video that's embedded on a slide.

Get or update Internet Explorer

Internet Explorer itself isn't required to be open during the playing of the video; PowerPoint simply uses its underlying technology when playing the video.

In PowerPoint 2010, the ability to play a YouTube video is broken, as explained below.

The most effective method of resolving this issue quickly is moving to a newer version of Office. You can also use PowerPoint for the web, which is free and can be used with a Microsoft account (Hotmail, outlook.com, live.com). PowerPoint for the web allows for the insertion and playing of YouTube videos.

(PowerPoint 2013 and newer versions are based on the HTML5 video playback infrastructure—instead of Flash Player—and are thus unaffected for the most part.)

If you'd like to always have the latest version of Office, you can become a Microsoft 365 subscriber. Click to try or buy and to compare a subscription versus a one-time purchase.

In PowerPoint for Microsoft 365 for Mac or PowerPoint 2019 for Mac, you can insert an online video from YouTube or Vimeo on a slide.

In PowerPoint 2016 for Mac you can insert a YouTube or Vimeo video by using an add-in named Web Video Player.

For instructions about all these options, see Insert a video from YouTube or another site.

We're sorry, but PowerPoint for Mac 2011 doesn't support the insertion of online videos.