This article describes an update that adds the Start Menu and other features to Windows RT 8.1. The following new features are available for Windows RT 8.1 users. 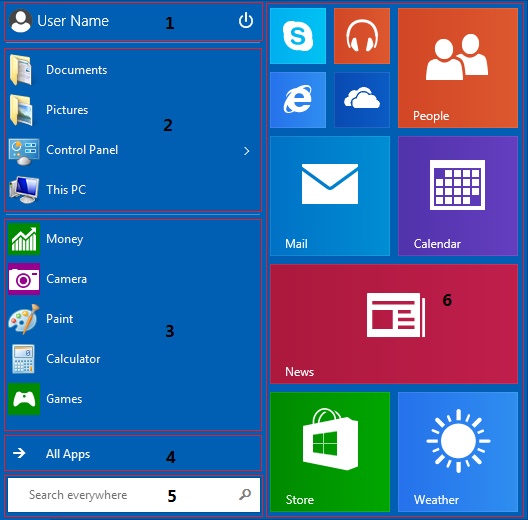 Note You can also rearrange apps between these three lists.

The Start Menu will present a scroll bar if the apps that pinned to it exceed the viewing area of the display. Users can use the scroll bar with the mouse, or touch and drag, to scroll the view.

How toUse the following methods to return to the Desktop and to use both desktop and immersive Internet Explorer at the same time.

There are two ways returning to the Desktop quickly:

After you install this update, Internet Explorer will start in the following ways:

If you want to change this behavior, you can alter Internet Explorer's settings by following these steps:

Circular Frames for User Account PicturesSelected areas of the Windows RT 8.1 UI are improved to present user account pictures in circular frames. These areas include the following:

The following UI areas are unchanged:

There's no method enabling or disabling this improvement.