Office Scripts can be shared with other users in your organization. When you share a script, you attach the script to the workbook, enabling other to view and run it.

Important: Anyone who can edit a workbook can view and run its attached scripts.

You can use a script's Details page to share the script in a workbook. Your scripts are stored in your OneDrive. When you share one, you create a link to it in the workbook you have open.

You can unshare any script in a workbook that you have open for editing. Note that if you unshare a script that you don't own, you can't add it back. The owner of the script will have to do it themselves.

Note: To share your script with a specific person instead of sharing it in the workbook, go to your OneDrive > Documents > Office Scripts folder, and share the script file.

Allow a shared script to run

The first time you run a script that you don't own, the Run Permission dialog box opens. This asks whether to allow the script can view and edit the workbook. If you trust the author of the script, select Allow. 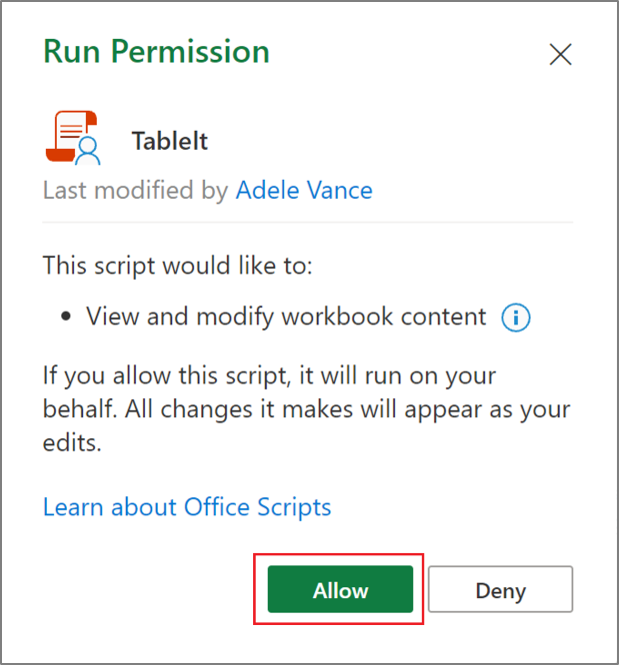 Note: The first time you run a script, the Run Permission dialog also opens whenever the script is updated by another colleague in your organization.

Introduction to Office Scripts in Excel

Create a button to run an Office Script