As a response group agent, you’ve been selected to help answer phone calls for a particular group or for multiple groups. Microsoft Lync 2010 communications software serves as a simple interface not only for answering and managing the phone calls that come into your group, but also for viewing and signing in to your groups.

You can use Lync 2010 to access the Agent Groups page, which lists the groups for which you’re an agent.

The Agent Groups page opens, listing all the groups for which you are an agent and whether you are signed into each group. If you are an agent for multiple sites, you get a separate page for each site. 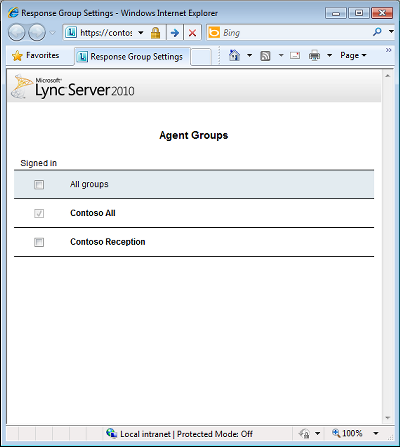 There are two types of groups: