Work offline with tables that are linked to SharePoint lists 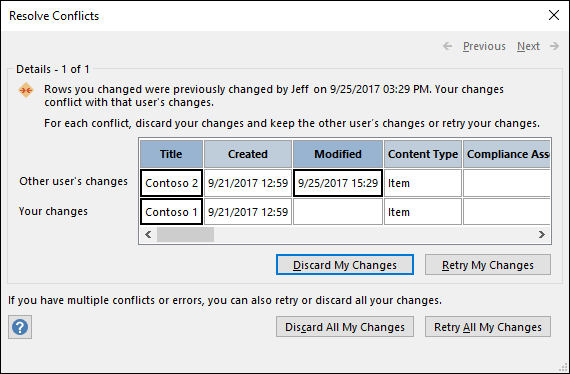 Synchronize your offline lists with data from the server

Reconnect the linked tables after you work offline