Your Surface Duo adapts to you and what you want to do to be more productive on the go during your day. Here are just some of the ways you can use the different modes to get the most from your Surface Duo. 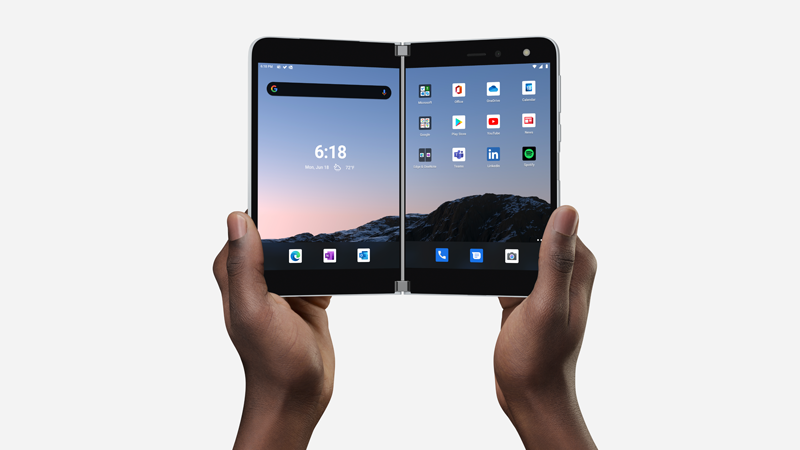 Put both screens to work

With Microsoft Edge, you can have two browser windows open at the same time—one on each screen. Tap Microsoft Edge at the bottom of one screen, then tap it again on the other screen. This lets you compare websites side-by-side, which works great whether you’re doing some research for work or school, comparison shopping, or just looking at different restaurants for takeout tonight.

Some apps on your Surface Duo are dual-screen enhanced, which means they are built for two screens. Just open one of these apps and drag it to the middle of the two screens on Surface Duo to get a whole new view.

For example, when you open Outlook and drag it to the middle, you can get through email quickly where your inbox appears on one screen and messages or email attachments open on the other. You don’t need to go back and forth in the app, so you stay in the flow when working. And if you like, you can still use it on one screen only if you want. 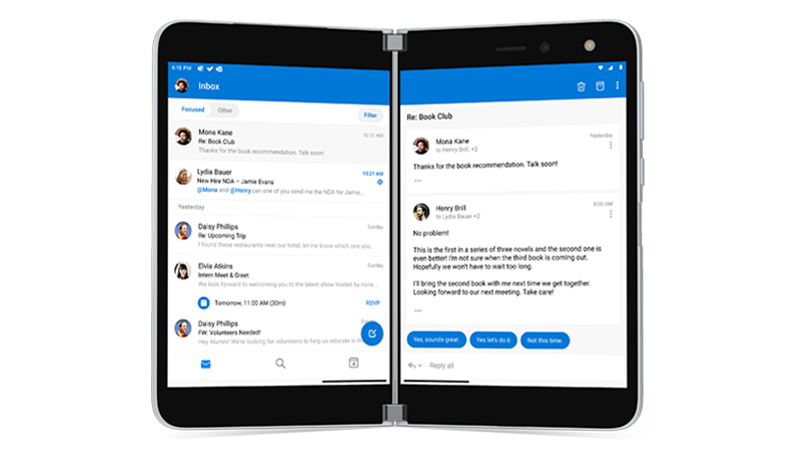 When you're using any of them, just drag the app to the middle, then use these apps in better ways to get more done during your day.

Open two apps at once

Some app groups are already created for you and appear on your Home screen.

Drag and drop between apps

Get the most from two screens by dragging information between apps. You can drag text, images, lists, and more from one app to another. For example, see a recipe you like online? Just select the list of ingredients in Microsoft Edge and drag them into Microsoft To Do, so you know what to pick up the next time you’re at the grocery store.

Here are some examples of apps that support drag and drop that are preinstalled on Surface Duo: Microsoft Office (Word, Excel, and PowerPoint), Outlook, Microsoft Teams, OneNote, To Do, OneDrive, Microsoft Edge, Microsoft Solitaire Collection, and Microsoft News.

When it comes to typing, just tap a place where you can enter text so the keyboard shows, then rotate your Surface Duo. Enjoy the extra space when typing on the full-screen keyboard. 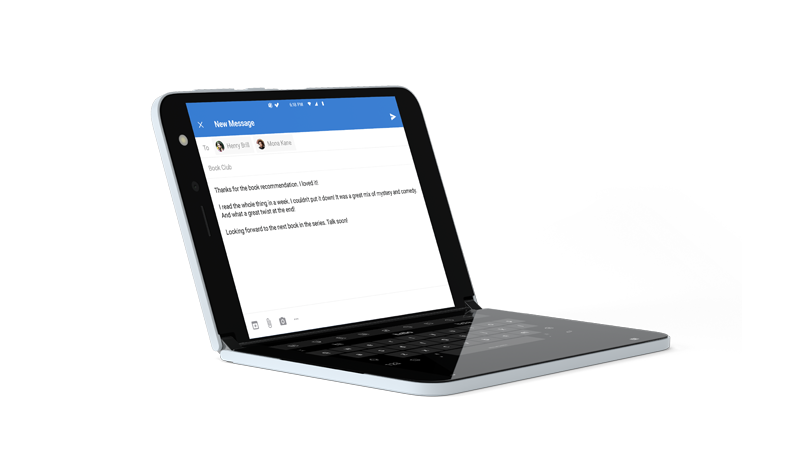 Use a single screen

Fold one screen backwards on Surface Duo when you want to use just one screen. Works great when you’re just using one app at a time on the go. When you get a phone call and want to answer it, just fold the left screen back, and start talking on the right screen. 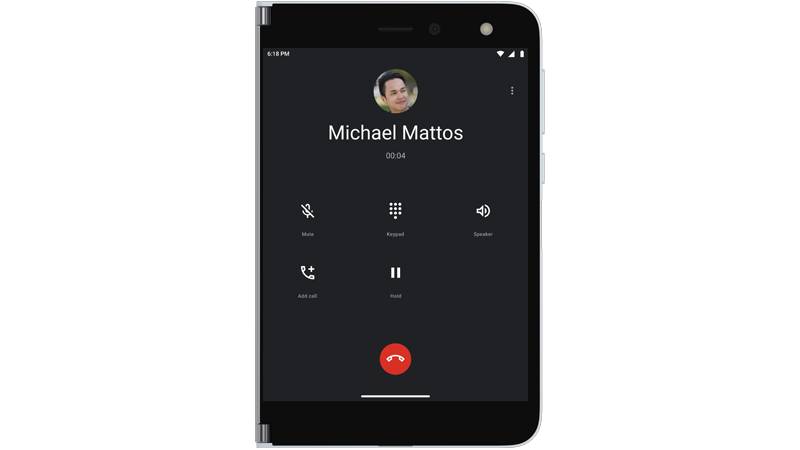 Take pictures on Surface Duo using one screen. Open the Camera and take a selfie, or fold the right screen back and take a snapshot of something around you.

Watch your favorite shows and relax

Fold your Surface Duo like a tent, set it down on the table, then sit back and relax. Watch your favorite shows or videos, or use it like this for chatting on a video call using Microsoft Teams. 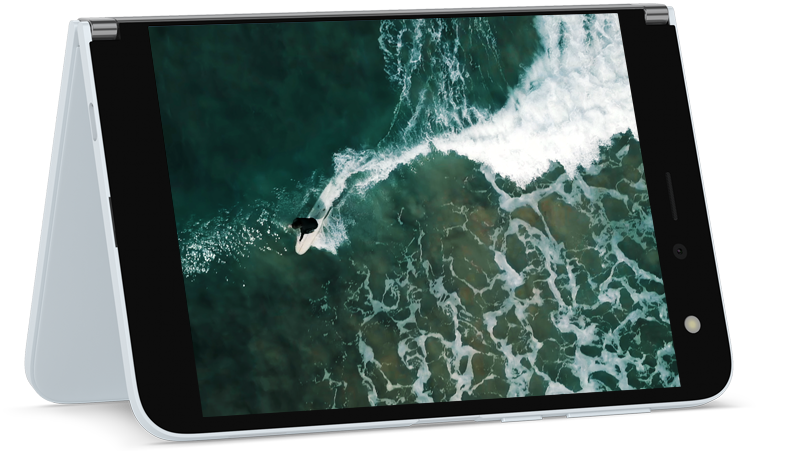 Need to check the time quickly and other things quickly? When your Surface Duo is closed, slightly open it. Take a peek and go back to what you were doing. 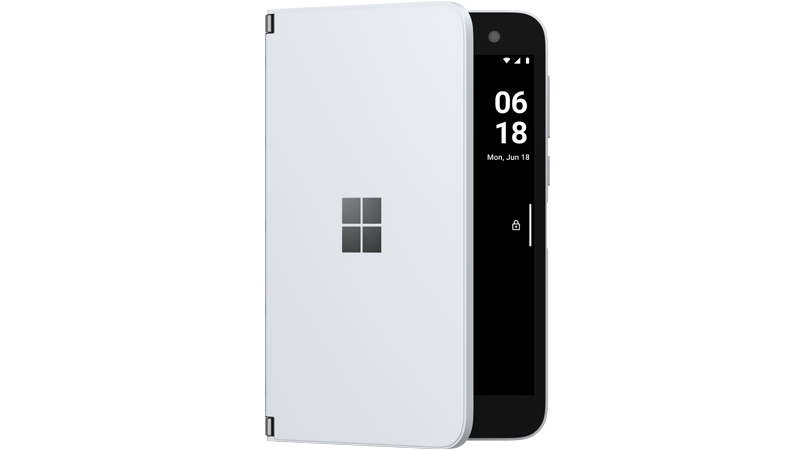