In the PowerPoint desktop apps, you can apply multiple animation effects to a single string of text or an object, such as a picture, shape, or SmartArt graphic. 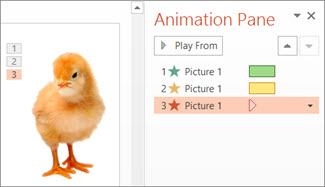 Important: After applying the first animation effect, if you try to add more animation effects any other way other than clicking Add Animation, you won’t apply an additional effect. Instead, you’ll replace the existing effect with a the one you’re adding.

Set the start time and length of an animation effect

Tip: The previous animation effect is the one listed in the playing order in the Animation Pane (usually located just above the animation you are setting the timing for). 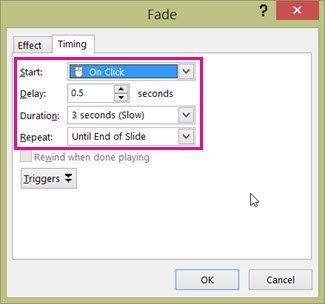 You can have two or more animation effects occur at the same time for one object. For example, a picture could fade in and float in. To accomplish this layering of two (or more) effects at once, do as follows:

When you work with multiple objects on a slide, it can be difficult to differentiate each object and their applied animation effects from one another.

In the picture, below, the default object names don’t provide much of a description so it’s hard to tell which object has what animation effect applied to it. 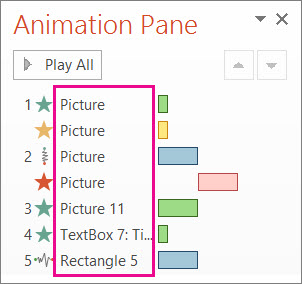 In the Selection Pane, you can give each object a distinct name to make it easier to work with them when you are applying animations to each. See below: 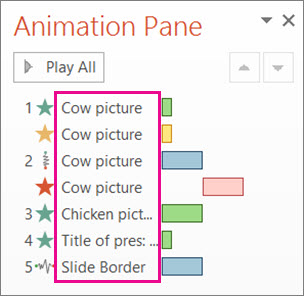 More about working with animation effects