The equation for the curve is:

if there are multiple x-values, where the dependent y-value is a function of the independent x-values. The m-values are bases corresponding to each exponent x-value, and b is a constant value. Note that y, x, and m can be vectors. The array that LOGEST returns is {mn,mn-1,...,m1,b}.

The LOGEST function syntax has the following arguments: 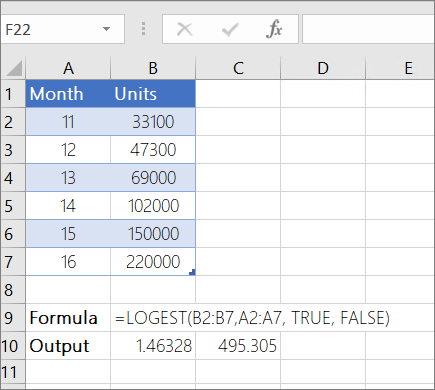