Skype Meeting Broadcast is an effective tool for these events, when combined with appropriate hardware, planning, and rehearsal.

Before we deep dive into the best practices, let’s do a refresh of main components involved in live streaming in general and how they relate to Skype Meeting Broadcast.

Use studio-grade cameras with a hardware capture device

Skype Meeting Broadcast can use any video source which appears as a Skype for Business capable web cam in Windows, and any Windows sound source. This gives you additional flexibility when planning your broadcast.

While it is possible to switch the active video source inside Skype for Business during the broadcast, with multiple sources of video and audio you might find it easier to use a vision mixing desk, and ingest a single, pre-mixed feed into the broadcast. This also has the advantage of requiring fewer capture devices and presentation PCs.

Keep in mind that your audience will be watching the broadcast with a delay of around 20 to 30 seconds behind live. This won’t be an issue for audience members watching individually on their own devices, but it has implications if you are streaming the broadcast to an auditorium which include remote presenters. 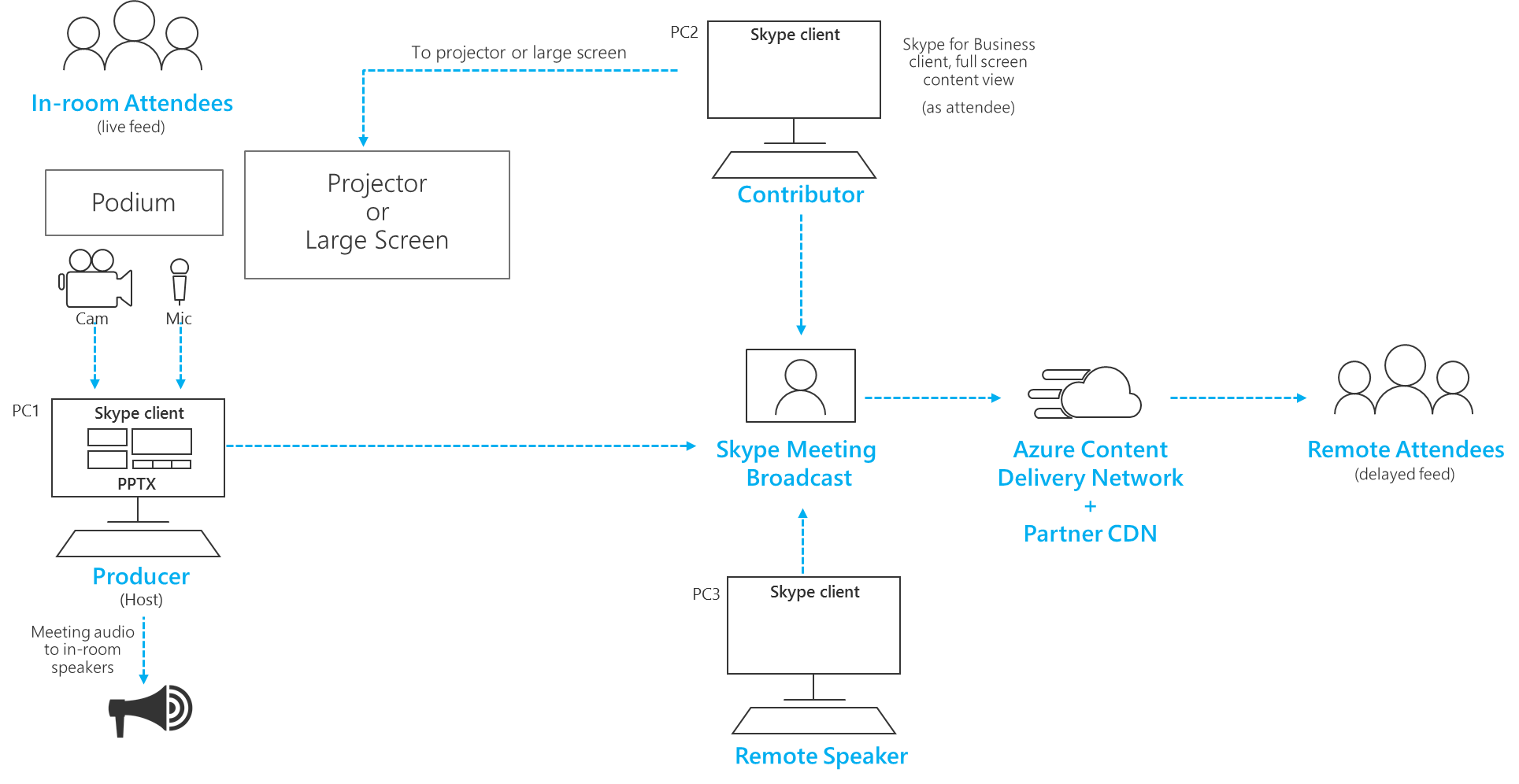 In a large broadcast, the event team will want to retain tight control on the permissions of presenters and attendees in the Skype for Business call. Consider these roles and permissions when planning your permissions strategy.

Note: In this context, Presenters and Attendees refer to users as they appear in the Skype for Business client, and not attendees who are watching the broadcast through a browser.

Check the general guidance concerning having multiple devices and multiple members of the event team who can continue to control the broadcast if a PC or network fails. These additional steps can be useful.

Additionally, the following hardware has been found to perform well on Surface Pro and Surface Book devices when used with Skype Meeting Broadcast. This list should not be constituted as a recommendation nor guarantee, and several suppliers will supply appropriate hardware.