Stop, you should wait to install Office 2016. We'll have to remove the following if you continue: <app name:>. This app won't work with Office 2016 right now. We're working on a solution. 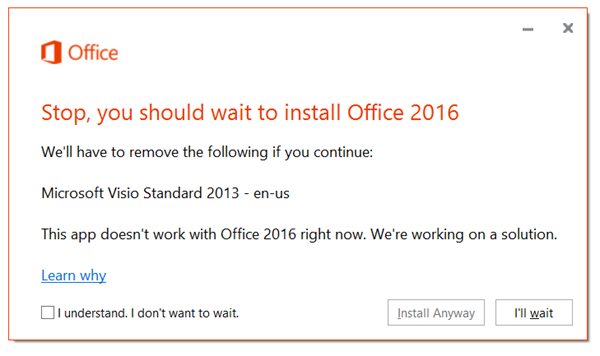 This error can occur if:

What can I do about this?

The first thing you should do before installing Office 2016 is update Office 2013 to the latest version.

To resolve this, during the install of Office 2016, click Install Anyway. This installs the full version of Office 2016 and removes Word 2013.

Install and use different versions of Office on the same PC