In this scenario, the Setup program either reports an error and fails or else it succeeds while triggering warnings and error messages that resemble the following.

Error message when Filestream feature is selected during Setup or is already enabled on an existing installation of SQL Server to which a cumulative update is being applied:

The following error has occurred:

Windows cannot verify the digital signature for this file. A recent hardware or software change might have installed a file that is signed incorrectly or damaged, or that might be malicious software from an unknown source.

Click ‘Retry’ or retry the failed action, or click ‘Cancel’ to cancel this action and continue setup.

A digitally signed driver is required 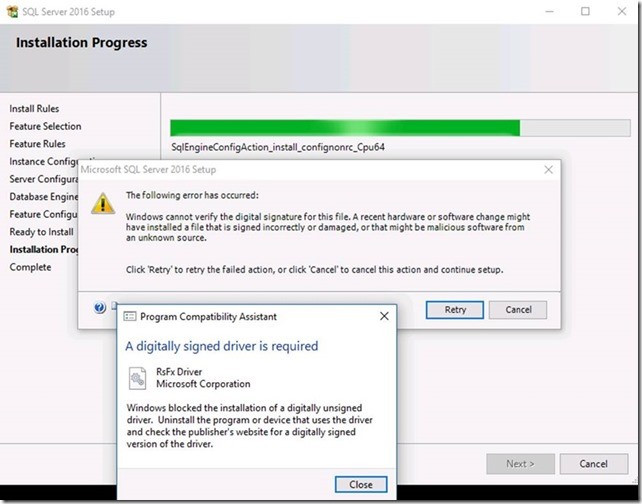 Warning message when the Filestream feature is not selected during a slip-streamed installation of SQL server that includes a cumulative update: 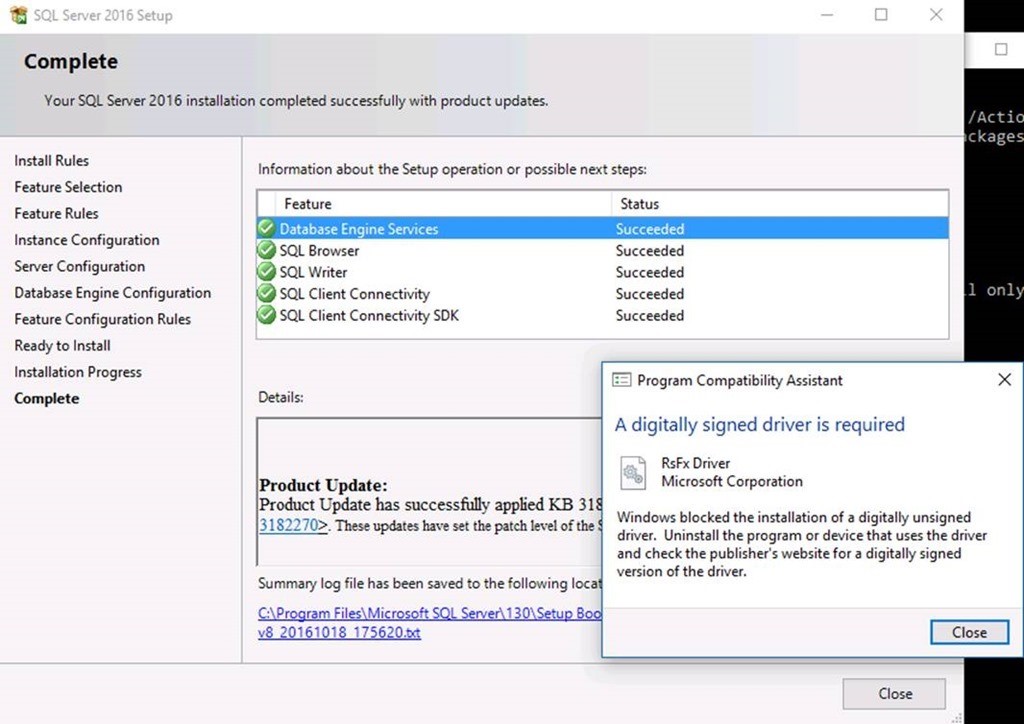 Note In this scenario, you cannot enable the Filestream feature by using SQL Server Configuration Manager after setup is completed.

The following table summarizes the combinations by which these symptoms may occur in various versions of SQL Server.

Note Hyper-V Gen2-type VMs have Secure Boot enabled by default, and therefore users are more likely to encounter this issue when they install SQL 2016 and Cumulative Update 2 (CU2) on Windows Server 2016 or Windows 10 on a Gen2 Hyper-V VM. However, the issue may also occur on physical servers if Secure Boot is turned on.

To work around this issue, use one of the following methods as applicable to your environment:

A subscription to help make the most of your time

For up to 6 people