If you try to update to Windows 10, version 2004 or a later version, you might encounter an update compatibility hold and receive the message, "The following things need your attention to continue the installation and keep your windows settings, personal files, and apps." 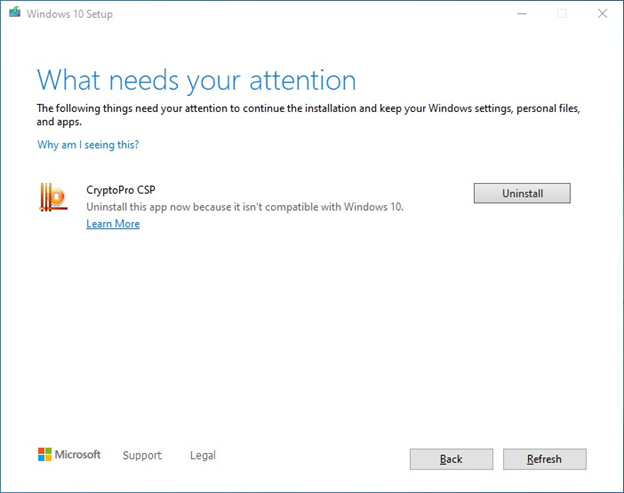 To safeguard your update experience, we have applied a compatibility hold on these devices from installing or being offered Windows 10, version 2004.