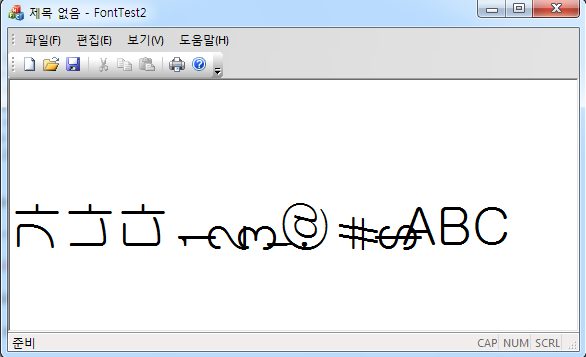 Note This issue may also occur in other applications that use the ExtTextOut function.

After you install the hotfix, the characters are displayed correctly. The following image shows the correct output in WordPad: 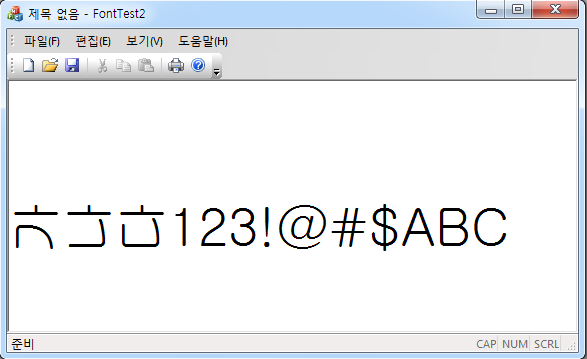 If the hotfix is available for download, there is a "Hotfix download available" section at the top of this Knowledge Base article. If this section does not appear, contact Microsoft Customer Service and Support to obtain the hotfix.

Note If additional issues occur or if any troubleshooting is required, you might have to create a separate service request. The usual support costs will apply to additional support questions and issues that do not qualify for this specific hotfix. For a complete list of Microsoft Customer Service and Support telephone numbers or to create a separate service request, visit the following Microsoft Web site:

http://support.microsoft.com/contactus/?ws=supportNote The "Hotfix download available" form displays the languages for which the hotfix is available. If you do not see your language, it is because a hotfix is not available for that language.

For more information about how to obtain a Windows 7 or Windows Server 2008 R2 service pack, click the following article number to view the article in the Microsoft Knowledge Base:

To use the hotfix in this package, you do not have to make any changes to the registry.

You must restart the computer after you apply this hotfix.

This hotfix does not replace a previously released hotfix.

For more information about the ExtTextOut function, visit the following Microsoft website:

Additional files for all supported x86-based versions of Windows 7