Potentially unwanted applications (PUA) are a category of software that can cause your machine to run slowly, display unexpected ads, or at worst, install other software which may be more harmful or annoying.

Note: Beginning in September of 2021 we will only be blocking cryptomining software as PUA for enterprise customers.

How do I configure it?

There you'll find a control that lets you turn potentially unwanted app blocking off, and select if you want to block apps, downloads, or both. 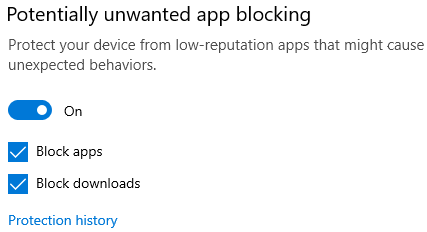 We recommend that you leave this feature on, and that you enable both block apps and block downloads.

What happens when PUA is detected?

When Windows Security detects a potentially unwanted app you'll get a notification encouraging you to take action on it.

Click on the notification to go to the Virus & threat protection area of Windows Security, then click on the name of the PUA to select the action to take.

Note: You may not have all of the options shown in the sample below. 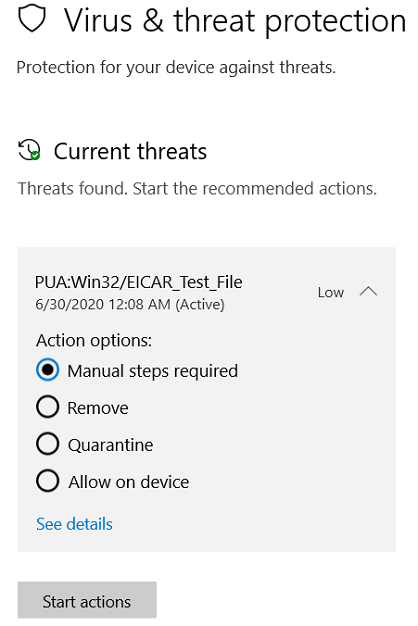 Important: Until you select an action to take, and have Windows Security take that action, the PUA that was detected is only blocked on your system; it's not removed. Future scans may continue to detect the PUA until you take action.

Once you've made a selection choose Start actions.