A gamertag is your alter ego in the Xbox world. It’s made from an alias, an optional avatar or picture (called a gamerpic), and a bit of info to represent you when you’re playing games and sharing with other people in the Xbox community. 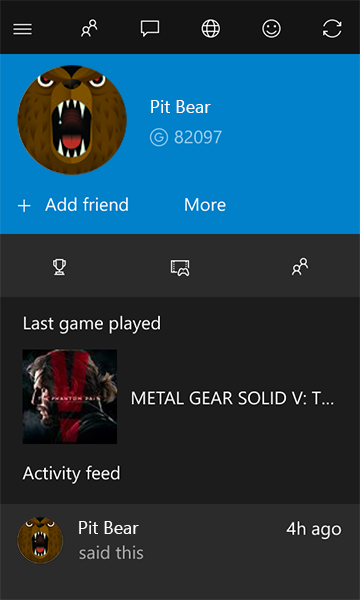 How to get one

We’ll create a gamertag for you the first time you sign in to the Xbox app. On Start , swipe over to the All apps list, then select Xbox .

If you don’t like your gamertag, you can change it once for free. Open the Xbox app, select Menu , select your gamerpic, then select Customize > Change gamertag. (This is where you set your gamerpic too.)

Already have a gamertag? Sign in to the Xbox app with the same Microsoft account you use on your Xbox. That way, your game history, friends, achievements, and activity will be waiting for you in the Xbox app.