On the spectrum of software there’s clean apps on one end, malware on the other, and a grey area in between of apps that we don’t have a lot of confidence in, or that may display some disturbing behavior, but don’t fall to the level of malware. We call that software in the grey area "Potentially unwanted apps" or "PUA". 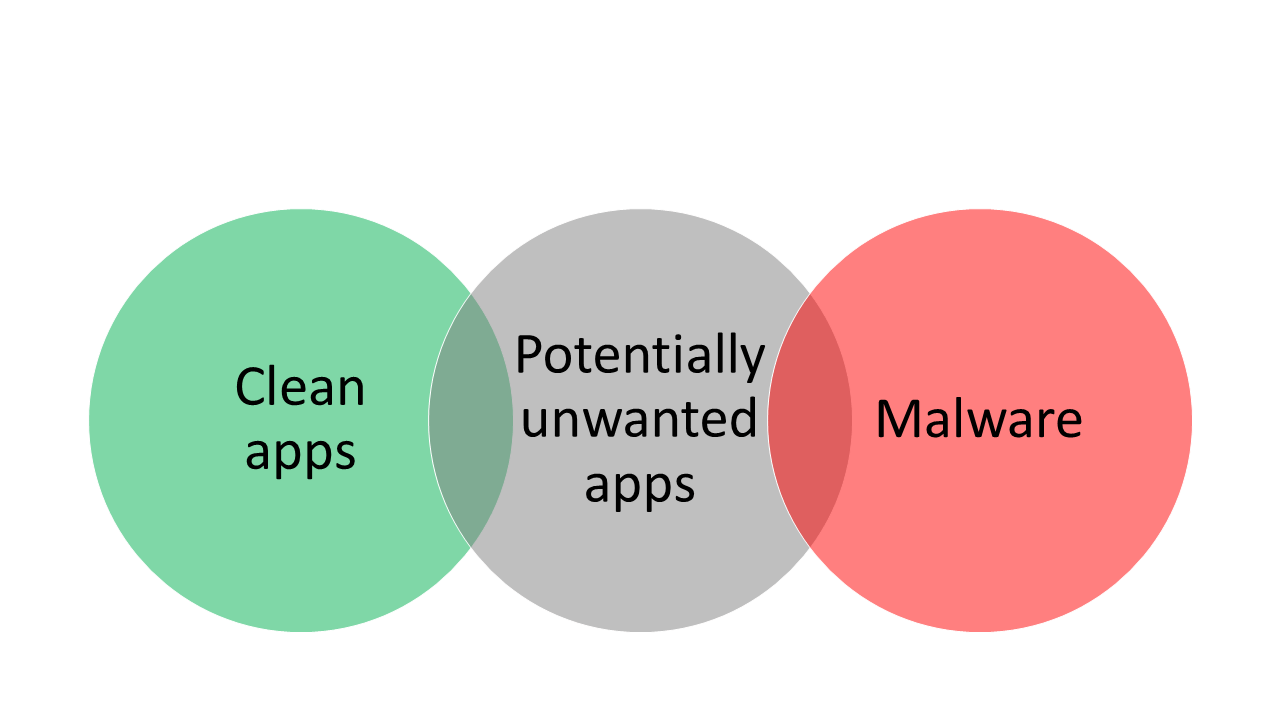 Malware is malicious software. It may be a self-replicating virus, a "trojan horse" that pretends to be something it's not in order to trick you into installing it, or some other kind of attack. Its goal may be to steal your personal data, steal your identity, use your system to launch attacks against others, or commit other cybercrimes. Microsoft Defender Antivirus tries to block malware before it can infect your device.

Potentially unwanted apps (PUA) aren't malware, but they might display unwanted advertising, secretly use your PC for cryptomining, offer other unexpected apps, or do other things you'd prefer they not do.

Reduce the chances of getting unwanted software

Tip: Reboot your PC at least once a week. This can help it run more smoothly and make sure you get the latest updates installed regularly.

If you believe you already have unwanted software

If you're in an enterprise, see the Microsoft Security Intelligence website for in-depth information about unwanted software.

Report a download you believe has been incorrectly flagged

When you attempt to download a file in Microsoft Edge, you may seen an alert that Edge believes the file could be malicious or PUA. If you're confident that the file is safe this alert could be a "false positive". You can report it to us so we can take a look at that file and confirm if it's safe and shouldn't be blocked in the future.

To report a false positive select the three dots next to the download alert, and choose Report this file as safe from the menu that appears. 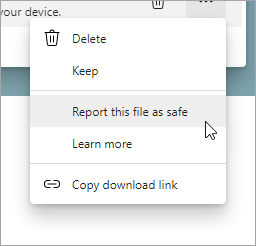